As the United States prepares to end its space shuttle program, technologies developed to nurture the reusable spaceships through three decades of flight will live on in day-to-day use on Earth.

Shuttle Atlantis and its four-member crew are due back at the Kennedy Space Center in Florida at 5:57 a.m. EDT on Thursday after a mission to resupply the International Space Station, a $100 billion project of 16 nations, currently orbiting about 250 miles above the planet.

NASA points to the station, finished this year after 12 years of assembly by shuttle crews, as the program’s crowning achievement, but it is far from the only one.

That investment, including development and operational costs over the past 40 years, tallies about $200 billion, according to a recent University of Colorado study.

Atlantis and the Earth

This never-before-seen view of the International Space Station shows the orbiting lab as it appeared to astronauts on the shuttle Atlantis after the two spacecraft undocked for the final time on July 19, 2011 during NASA's final shuttle mission. The station rotated 90 degrees after undocking in an unprecedented manuever to provide better views to the shuttle crew.

Atlantis After Undocking with ISS Solar Arrays in Foreground

The International Space Station as Seen Through an Atlantis Porthole

The International Space Station as Seen from Shuttle Atlantis After Undocking

The International Space Station turns slowly to provide a side-view to the shuttle Atlantis after the two spaceships undocked on July 19, 2011 during NASA's final shuttle mission 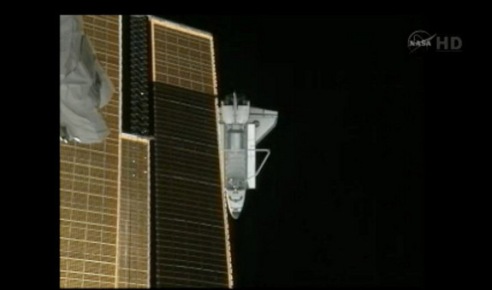 Seeing Half of Shuttle Atlantis

Atlantis as Seen Through the International Space Station's Cupola

This image of the International Space Station was taken by Atlantis' STS-135 crew during a fly around as the shuttle departed the station on Tuesday, July 19, 2011. STS-135 is the final shuttle mission to the orbital laboratory 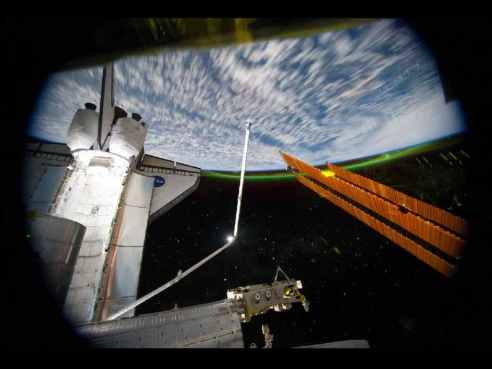 This panoramic view was photographed from the International Space Station toward Earth, looking past space shuttle Atlantis’ docked cargo bay and part of the station, including a solar array panel.

The photo was taken as the joint complex passed over the southern hemisphere. Aurora Australis or the Southern Lights can be seen on Earth’s horizon and a number of stars also are visible.

Chefs across the globe may not know it yet, but their baker’s yeast just left the kitchen and blasted off into low Earth orbit. Hitching a ride on the space shuttle Atlantis on July 8, 2011, the samples will be grown on the International Space Station as part of the Genotypic and Phenotypic Changes in Yeast Related to Selective Growth Pressures Unique to Microgravity or Micro-4 investigation. Capable of raising more than just breads, this useful organism will help researchers better understand the impact of the space environment on live cells in humans. 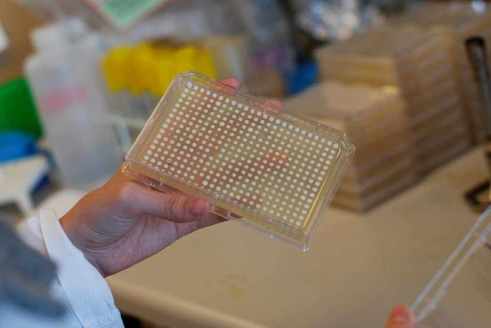 Researchers will grow yeast samples in petri dishes like the one pictured above both on the ground and aboard the International Space Station as part of the Micro-4 investigation.(University of Toronto Photo)

This yeast — S. cerevisiae — has been of use since the ancient Egyptians first figured out how to harness it for wine and bread making. In modern times it is still used for baking and was the first organism to have its genome fully sequenced. Scientists hope that by studying the changes of yeast in microgravity, they will better understand the changes human cells may experience during long-duration spaceflight. Gaining better knowledge of genetic alterations by studying yeast growth during this microgravity research may also help in understanding how these changes could manifest in human disease here on Earth.

This investigation is a collaboration with BioServe Space Technologies, Durham Veterans Affairs Medical Center, and the University of Toronto. According to Michael Costanzo, Ph.D. and one of the co-investigators for Micro-4 at the University of Toronto, the similarities between human cells and the yeast’s genetic makeup makes it ideal for study in space. “We are examining which genes are important for cell growth and survival in a zero gravity environment. The results of our ‘yeastnaut’ experiments may provide insight into which set of human genes are important and how these genes work together to help organisms/humans deal with extreme environments associated with space travel — such as zero-gravity and elevated radiation.”…. END_OF_DOCUMENT_TOKEN_TO_BE_REPLACED

http://www.dailymotion.com/embed/video/xju97e
The US space shuttle Atlantis has arrived at the International Space Station on the final flight of the Nasa shuttle programme.

With the final lift-off in Nasa’s space shuttle programme only hours away, weather permitting, people across the world are turning their attention to what has been a remarkable 30 years.
Most of the focus is be on the scientific achievements and tragic loss of 14 lives in the Challenger and Columbia disasters.
But it wasn’t just human astronauts who boarded the shuttles.

In September 1992, Nasa scientists sent female frogs into space aboard Endeavour. They wanted to determine if reproduction and development occur normally in microgravity, so half the frogs eggs laid were placed in microgravity and the other half in normal gravity. All tadpoles returned to Earth in a healthy condition, but those raised in microgravity drowned because they didn't have a sense of up and down so were unable to take their first breaths on the water's surface

Many different animals have gone along for the ride too, to help mankind discover how life can adapt, or not, in space.
Among those to have made the journey are jellyfish, rats, frogs, tadpoles and honeybees.
This final journey will also be taking 30 mice to test the effect of zero gravity on bones. The findings could prove beneficial for both astronauts and osteoporosis sufferers.
Nasa’s first space shuttle flight was in April 1981; the 135th and final launch is set for today.
Now seems like the perfect time to raise a glass to these equally intrepid explorers. 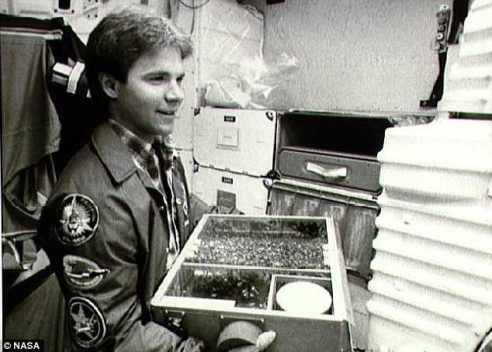 Buzz lightyear: Challenger blasted-off in 1984 with more than 3,000 caged honeybees on board… END_OF_DOCUMENT_TOKEN_TO_BE_REPLACED