Heat is on: ‘Monster’ sunspot could put Earth in the crosshairs of powerful solar storms 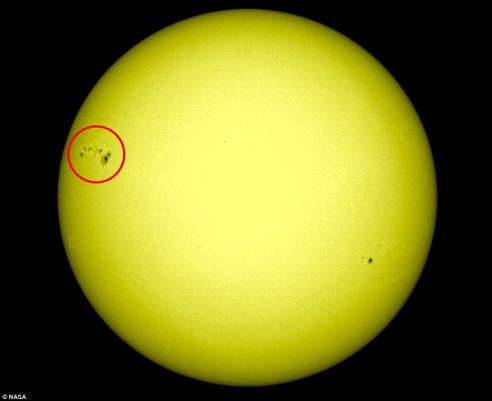 Sunspot AR 1476: It can be seen in the upper left of this picture – and could unleash gigantic solar flares

It could result in a gigantic coronal mass ejection, which would blast the Earth with radiation and possibly knock-out power lines and disrupt satellites…
Read more: www.dailymail.co.uk 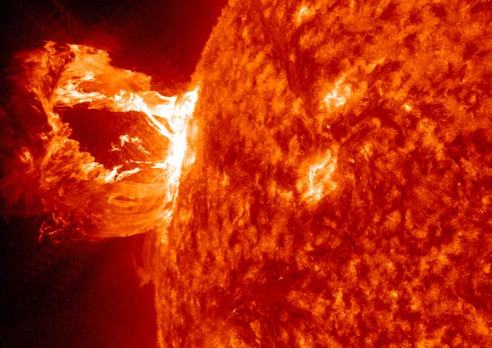 A beautiful prominence eruption producing a coronal mass ejection (CME) shot off the east limb (left side) of the sun on April 16, 2012. Such eruptions are often associated with solar flares, and in this case an M1 class (medium-sized) flare occurred at the same time, peaking at 1:45 PM EDT. The CME was not aimed toward Earth. 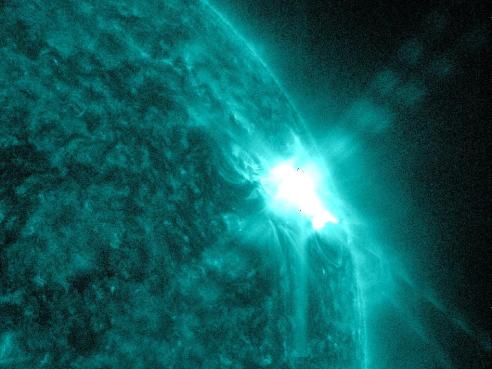 NASA’s Solar Dynamics Observatory (SDO) captured this image of an M7.9 class flare on March 13, 2012 at 1:29 p.m. EDT. It is shown here in the 131 Angstrom wavelength, a wavelength particularly good for seeing solar flares and a wavelength that is typically colorized in teal. The flare peaked at 1:41 p.m. EDT. It was from the same active region, No. 1429, that produced flares and coronal mass ejections the entire week. The region has been moving across the face of the sun since March 2, and will soon rotate out of Earth view.

A solar flare is an intense burst of radiation coming from the release of magnetic energy associated with sunspots. Flares are our solar system’s largest explosive events. They are seen as bright areas on the sun and last from mere minutes to several hours.

Scientists classify solar flares according to their x-ray brightness. There are 3 categories: X-, M- and C-class. X-class flares are the largest of these events. M-class flares are medium-sized; they can cause brief radio blackouts that affect Earth’s polar regions. Compared to X- and M-class, C-class flares are small with few noticeable consequences on Earth.
Image Credit: NASA/SDO
Read more: www.nasa.gov 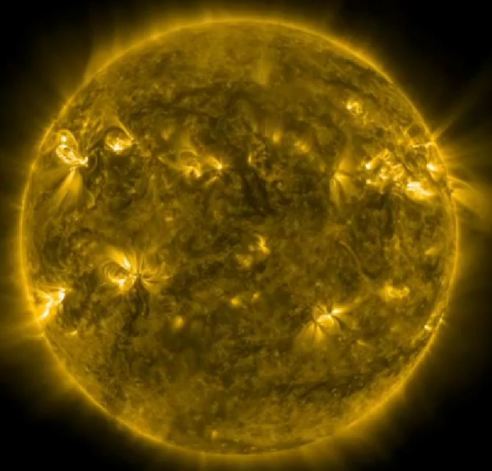 On March 2, 2012 a new active region on the sun, region 1429, rotated into view. It has let loose two M-class flares and one X-class so far. The M-class flares erupted on March 2 and on March 4. The third flare, rated an X1, peaked at 10:30 ET on March 4. A CME accompanied each flare, though due to the fact that this active region is still off to the side of the sun, they will likely have a weak effect on Earth’s magnetosphere.

The M class flare on March 4 flare also came with what’s called a Type IV radio burst that lasted for about 46 minutes. Sending out broadband radio waves, these bursts can occur towards the end of a solar flare and are believed to be created by moving electrons trapped in great, looping magnetic fields left over from the initial flare. The bursts can interfere with radio communications on Earth. 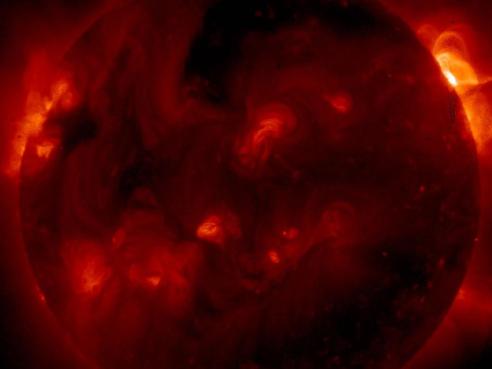 On Jan. 27, 2012, a large X-class flare erupted from an active region near the solar west limb. X-class flares are the most powerful of all solar events. Seen here is an image of the flare captured by the X-ray telescope on Hinode. This image shows an emission from plasma heated to greater than eight million degrees during the energy release process of the flare. 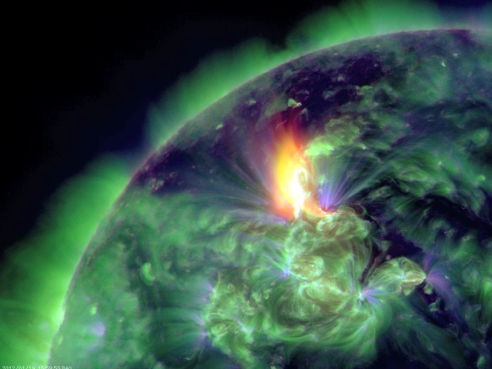 The Solar Dynamics Observatory (SDO) captured this video of the M3.2 solar flare on January 19, 2012. The graph at the top indicates corresponding X-ray measurements taken by the GOES-15 satellite. Credit: NASA/SDO/GOES-15

A long duration M-class flare began erupting on the sun at 8:42 AM ET on Thursday, January 19. The flare is shown in the above movie from the Solar Dynamics Observatory in a combination of light wavelengths. An earth-directed coronal mass ejection was associated with the solar flare. NASA’s Space Weather Services estimates that it is traveling at over 630 miles per second and will reach Earth some time on Saturday, January 21, when strong geomagnetic storms are possible and viewers can be on the look out for increased aurora.

A coronal mass ejection beginning at about 10 AM ET on January 19, 2012, as captured by the Solar Heliospheric Observatory’s LASCO C2 camera. This CME was associated with an M3.2 class solar flare. NOTE: This video loops 3 times 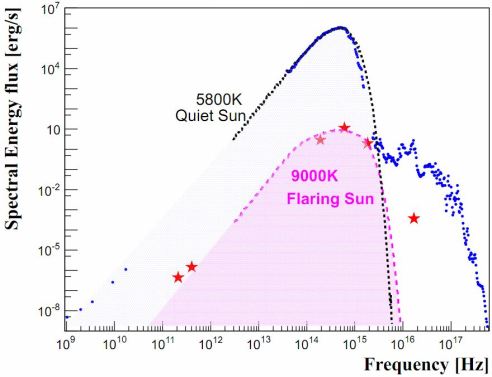 K. Zioutas, M. Tsagri, Y. Semertzidis, T. Papaevangelou, E. Georgiopoulou, A. Gardikiotis, T. Dafni
This work provides additional evidence on the involvement of exotic particles like axions and/or other WISPs, following recent measurements during the quietest Sun and flaring Sun.
Thus, SPHINX mission observed a minimum basal soft X-rays emission in the extreme solar minimum in 2009. The same scenario (with ~17 meV axions) fits also the dynamical behaviour of white-light solar flares, like the measured spectral components in the visible and in soft X-rays, and, the timing between them. Solar chameleons remain a viable candidate, since they may preferentially convert to photons in outer space…..
Read more: http://arxiv.org/pdf