NASA, the U.S. Navy and Lockheed Martin recovery crews aboard the USS Anchorage witnessed the Orion spacecraft as it splashed down in the Pacific Ocean. 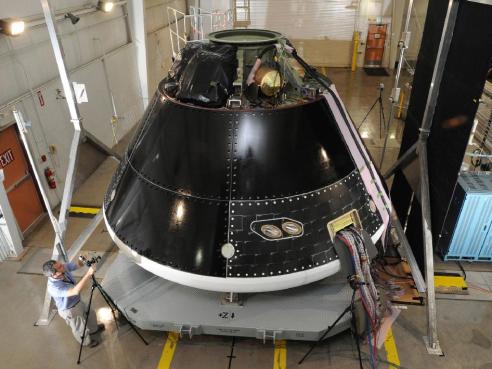 The Multi-Purpose Crew Vehicle (MPCV), or Orion, being assembled and tested at Lockheed Martin’s Vertical Testing Facility in Colorado.

Drawing from more than 50 years of spaceflight research and development, Orion is designed to meet the evolving needs of our nation’s space program for decades to come.

As the flagship of our nation’s next-generation space fleet, Orion will push the envelope of human spaceflight far beyond low Earth orbit.

Orion may resemble its Apollo-era predecessors, but its technology and capability are light years apart. Orion features dozens of technology advancements and innovations that have been incorporated into the spacecraft’s subsystem and component design.

This animation depicts the proposed test flight of the Orion spacecraft in 2014. During the test, which is called Exploration Flight Test-1 (EFT-1), Orion will launch from Cape Canaveral, Fla., perform two orbits, reaching an altitude higher than any achieved by a spacecraft intended for human use since 1973, and then will re-enter and land in the Pacific Ocean off the west coast of the United States.