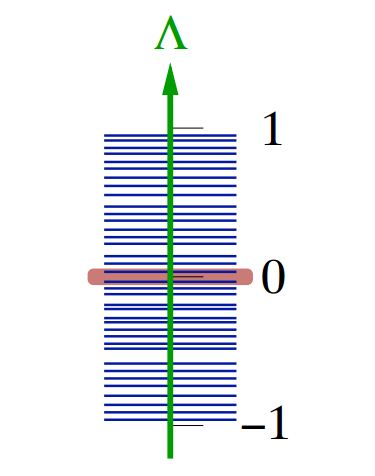 The spectrum of the cosmological constant (vacuum energy, dark energy) in the string landscape (schematic). Each blue line represents one three-dimensional vacuum. With 10^500 vacua, the spectrum will be very dense, and many vacua will have values of  compatible with observation (red/shaded region).

Raphael Bousso
In this colloquium-level account, I describe the cosmological constant problem: why is the energy of empty space at least 60 orders of magnitude smaller than several known contributions to it from the Standard Model of particle physics?
I explain why the “dark energy” responsible for the accelerated expansion of the universe is almost certainly vacuum energy.
The second half of the paper explores a more speculative subject.
The vacuum landscape of string theory leads to a multiverse in which many different three-dimensional vacua coexist, albeit in widely separated regions.
This can explain both the smallness of the observed vacuum energy and the coincidence that its magnitude is comparable to the present matter density….
Read more: http://arxiv.org/pdf/1203.0307v1.pdf
March 5, 2012physicsgg Leave a comment

….  and the Primordial Density Perturbation Amplitude 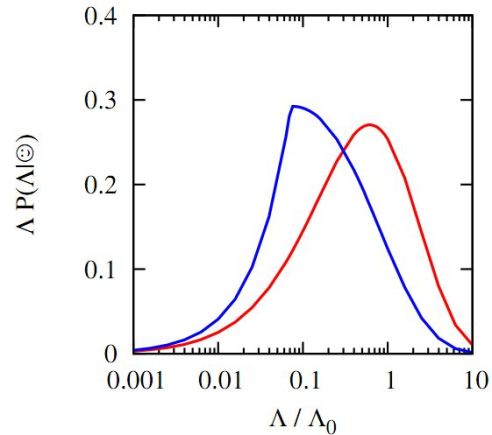 Weinberg et al. calculated the anthropic likelihood of the cosmological constant using a model assuming that the number of observers is proportional to the total mass of gravitationally collapsed objects, with mass greater than a certain threshold, at t \rightarrow \infty. We argue that Weinberg’s model is biased toward small \Lambda, and to try to avoid this bias we modify his model in a way that the number of observers is proportional to the number of collapsed objects, with mass and time equal to certain preferred mass and time scales.
Compared to Weinberg’s model, this model gives a lower anthropic likelihood of \Lambda_0 (T_+(\Lambda_0) ~ 5%).

On the other hand, the anthropic likelihood of the primordial density perturbation amplitude from this model is high, while the likelihood from Weinberg’s model is low.
Furthermore, observers will be affected by the history of the collapsed object, and we introduce a method to calculate the anthropic likelihoods of \Lambda and Q from the mass history using the extended Press-Schechter formalism.
The anthropic likelihoods for $\Lambda$ and Q from this method are similar to those from our single mass constraint model, but, unlike models using the single mass constraint which always have degeneracies between \Lambda and Q, the results from models using the mass history are robust even if we allow both \Lambda and Q to vary. In the case of Weinberg’s flat prior distribution of \Lambda (pocket based multiverse measure), our mass history model gives T_+(\Lambda_0) ~ 10%, while the scale factor cutoff measure and the causal patch measure give T_+(\Lambda_0) \geq 30%….
Read more: http://arxiv.org

There really is a mysterious antigravity force. Einstein’s only mistake was in rejecting it. 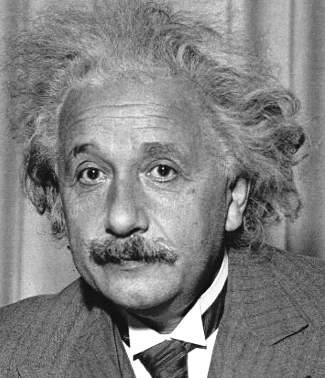 By Michael D. Lemonick
If you want to get your mind around the research that won three astronomers the Nobel Prize in physics last week, it helps to think of the universe as a lump of dough — raisin-bread dough, to be precise — mixed, kneaded and ready to rise. Hold that thought.
Now consider Albert Einstein — not the wild-haired, elderly, absent-minded professor he became in his later years but a young, dashing scientist in his 30s. It’s 1916, and he’s just published his revolutionary general theory of relativity. It’s not necessary to understand the theory (thank goodness). You just have to accept that it gave scientists the mathematical tools they needed to forge a better understanding of the cosmos than they’d ever had.

There was just one problem. Relativity told physicists that the universe was restless. It couldn’t just sit there. It either had to be expanding or contracting. But astronomers looked, and as far as they could tell, it was doing neither. The lump of dough wasn’t rising, and it wasn’t shrinking.

The only way that was possible, Einstein realized, was if some mysterious force was propping up the universe, a sort of antigravity that pushed outward just hard enough to balance the gravity that was trying to pull it inward. Einstein hated this idea. An extra force meant he had to tinker with the equations of general relativity, but the equations seemed so perfect just as they were. Changing them in any way would tarnish their mathematical beauty…… END_OF_DOCUMENT_TOKEN_TO_BE_REPLACED