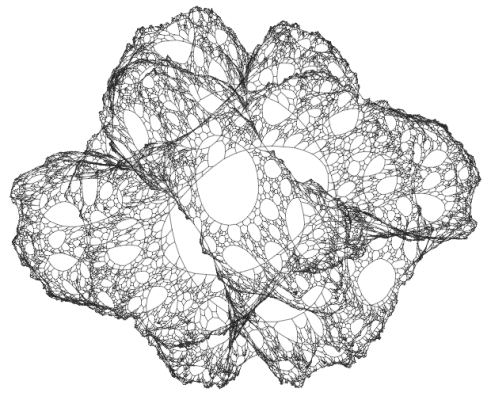 A hundred years ago today Albert Einstein published his General Theory of Relativity—a brilliant, elegant theory that has survived a century, and provides the only successful way we have of describing spacetime.

There are plenty of theoretical indications, though, that General Relativity isn’t the end of the story of spacetime. And in fact, much as I like General Relativity as an abstract theory, I’ve come to suspect it may actually have led us on a century-long detour in understanding the true nature of space and time.

I’ve been thinking about the physics of space and time for a little more than 40 years now. At the beginning, as a young theoretical physicist, I mostly just assumed Einstein’s whole mathematical setup of Special and General Relativity—and got on with my work in quantum field theory, cosmology, etc. on that basis.

But about 35 years ago, partly inspired by my experiences in creating technology, I began to think more deeply about fundamental issues in theoretical science—and started on my long journey to go beyond traditional mathematical equations and instead use computation and programs as basic models in science. Quite soon I made the basic discovery that even very simple programs can show immensely complex behavior—and over the years I discovered that all sorts of systems could finally be understood in terms of these kinds of programs.

Encouraged by this success, I then began to wonder if perhaps the things I’d found might be relevant to that ultimate of scientific questions: the fundamental theory of physics.

At first, it didn’t seem too promising, not least because the models that I’d particularly been studying (cellular automata) seemed to work in a way that was completely inconsistent with what I knew from physics. But sometime in 1988—around the time the first version of Mathematica was released—I began to realize that if I changed my basic way of thinking about space and time then I might actually be able to get somewhere….
… Read more at http://blog.stephenwolfram.com/2015/12/what-is-spacetime-really/