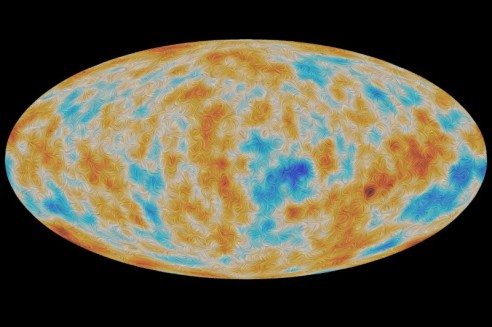 If you’ve got a secret to keep safe, look to the skies. Physicists have proposed using the afterglow of the big bang to make encryption keys.

The security of many encryption methods relies on generating large random numbers to act as keys to encrypt or decipher information. Computers can spawn these keys with certain algorithms, but they aren’t truly random, so another computer armed with the same algorithm could potentially duplicate the key.

An alternative is to rely on physical randomness, like the thermal noise on a chip or the timing of a user’s keystrokes.

Now Jeffrey Lee and Gerald Cleaver at Baylor University in Waco, Texas, have taken that to the ultimate extreme by looking at the cosmic microwave background (CMB), the thermal radiation left over from the big bang.

Random strings
There are several ways to extract numbers from the CMB. For example, you could divide a patch of sky into pixels and measure the strength of the CMB’s radio signal, which is never duplicated exactly. Over time, each pixel would generate a string of different strengths, which are just numbers, so putting the strings from each pixel together gets you a very large random number.

“An adversary measuring the same patch of sky exactly the same way and at exactly the same time could not get exactly the same values,” says Lee. “A matching pattern of digits in a CMB measurement cannot be obtained by any other observer, thus adding yet another layer of difficulty in breaking the encryption.”

Mads Haahr of Trinity College Dublin in Ireland runs a website called random.org, which uses noise from weather to generate random numbers. He says the big issue with CMB encryption would be setting up the hardware. “It would be interesting to learn how much a suitable radio telescope costs, how much space it would require and whether a clear view of the sky is necessary,” he says.

Lee agrees that setting up a radio telescope array is not something individuals can do, and the CMB might not offer better encryption than the weather, but using the big bang as a random number generator has its own appeal.