Star Wars fans hoping to build a real Death Star had better get saving – economists have worked out it would cost more than £541,261 trillion just for the raw materials. 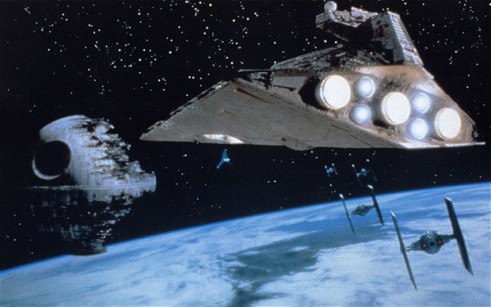 Economics students at Lehigh University in Pennsylvania have calculated that it would require one quadrillion tons of steel to build a Death Star Photo: ALAMY

By Richard Gray – telegraph.co.uk
Is seems that while you should never underestimate the power of the Dark Side, you should also pay attention to the depth of their pockets.
Economics students at Lehigh University in Pennsylvania have calculated that it would require one quadrillion tons of steel to build a Death Star like those that featured in the movies.
It would cost 13,000 times the world’s gross domestic product (GDP), or £541,261 trillion, to supply the steel for such a structure while labour and other construction costs would send the price even higher.
They also worked out it would take more than 833,315 years at current production levels to supply enough steel for the 87 mile diameter space craft.
In a tongue-in-cheek report on the Centives blog run by the Lehigh University economics students, they said: “We decided to model the Death Star as having a similar density in steel as a modern warship. 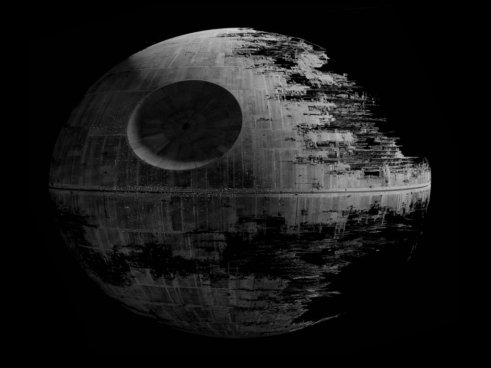 “After all, they’re both essentially floating weapons platforms so that seems reasonable.
“Building a massive space weapon is all very well, but you have to find the materials to build it with.”
The students also calculated that with all the iron in the earth, it would be possible to build just over 2 billion death stars.
They warned, however, that most of the iron is in the core of the planet.
They said: “Before you go off to start building your apocalyptic weapon, do bear in mind two things.
“Firstly, the two billion death stars is mostly from the Earth’s core, which we would all really rather you didn’t remove.
“Secondly, at today’s rate of steel production (1.3 billion tonnes annually), it would take 833,315 years to produce enough steel to begin work.
“So once someone notices what you’re up to, you have to fend them off for 800 millennia before you have a chance to fight back.”